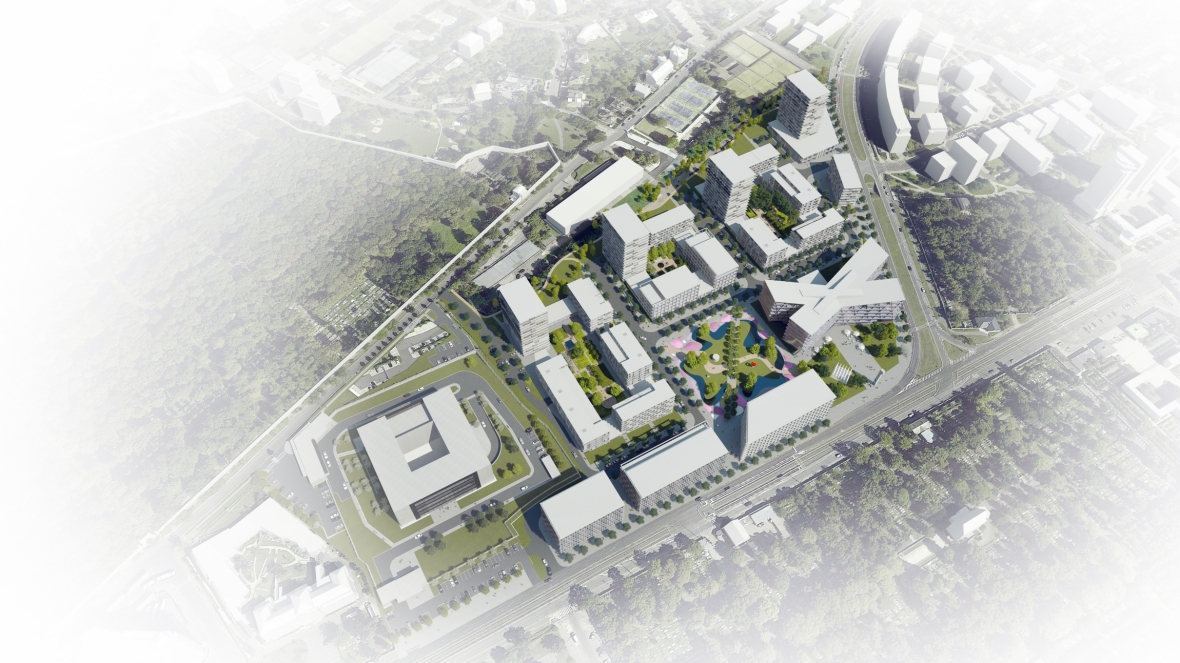 The concept project of development areas Hagibor in Prague Strašnice - is competition design. Despite all the limits of the territory, the proposal seeks to create a traditional urban structure based on principles of city blocks like neighboring Vinohrady. The functional structure is determined with local conditions, to thoroughfare Vinohradská street is oriented administrative functions, the residential part is considered on the quiet environment made like a city block with local dominants. On the corner of Vinohradská and Počernická streets is designed a solitary building with a public function. The not-building space in the middle of the area (part of the security zone of metro infrastructure) is used for the location of a central park. 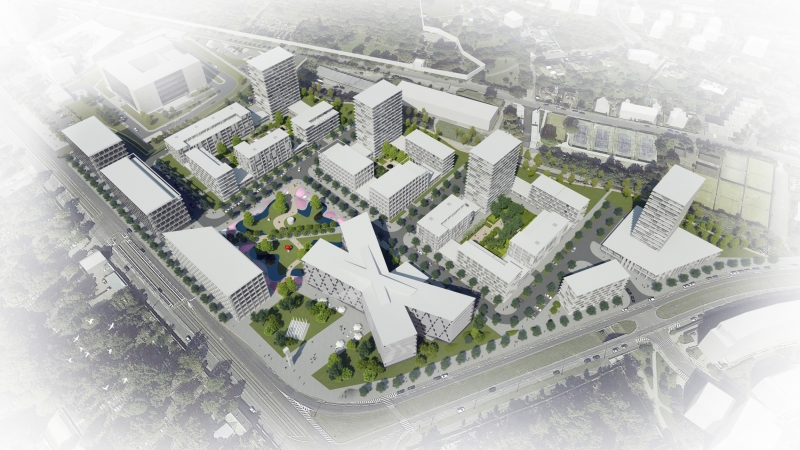 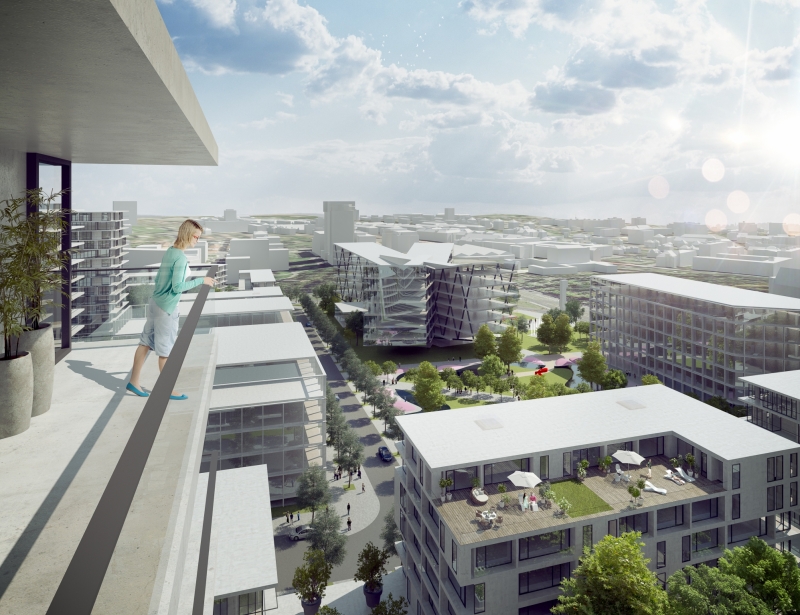 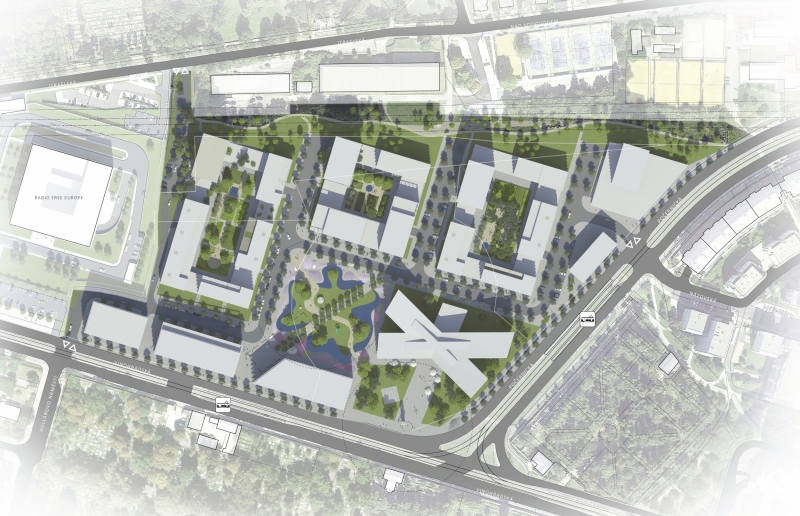 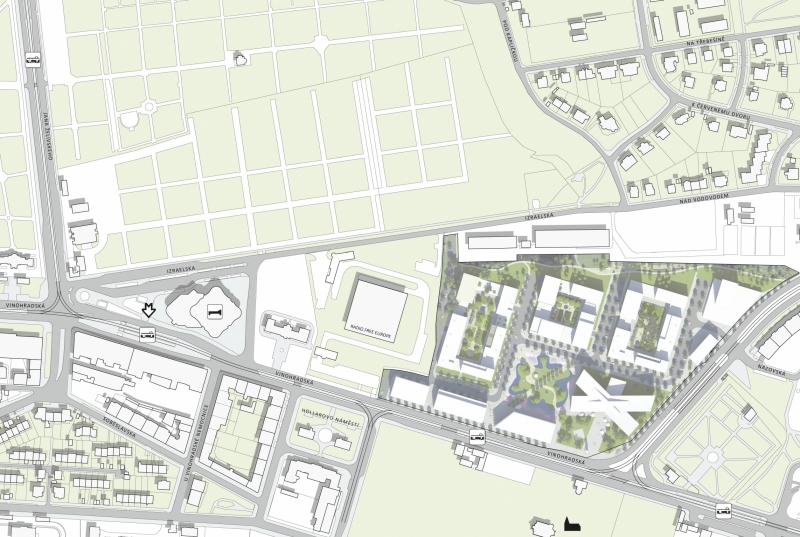 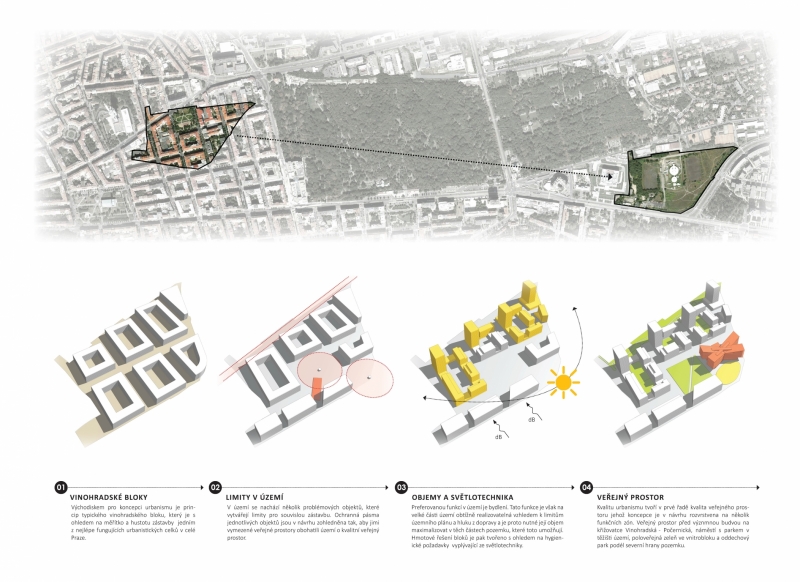