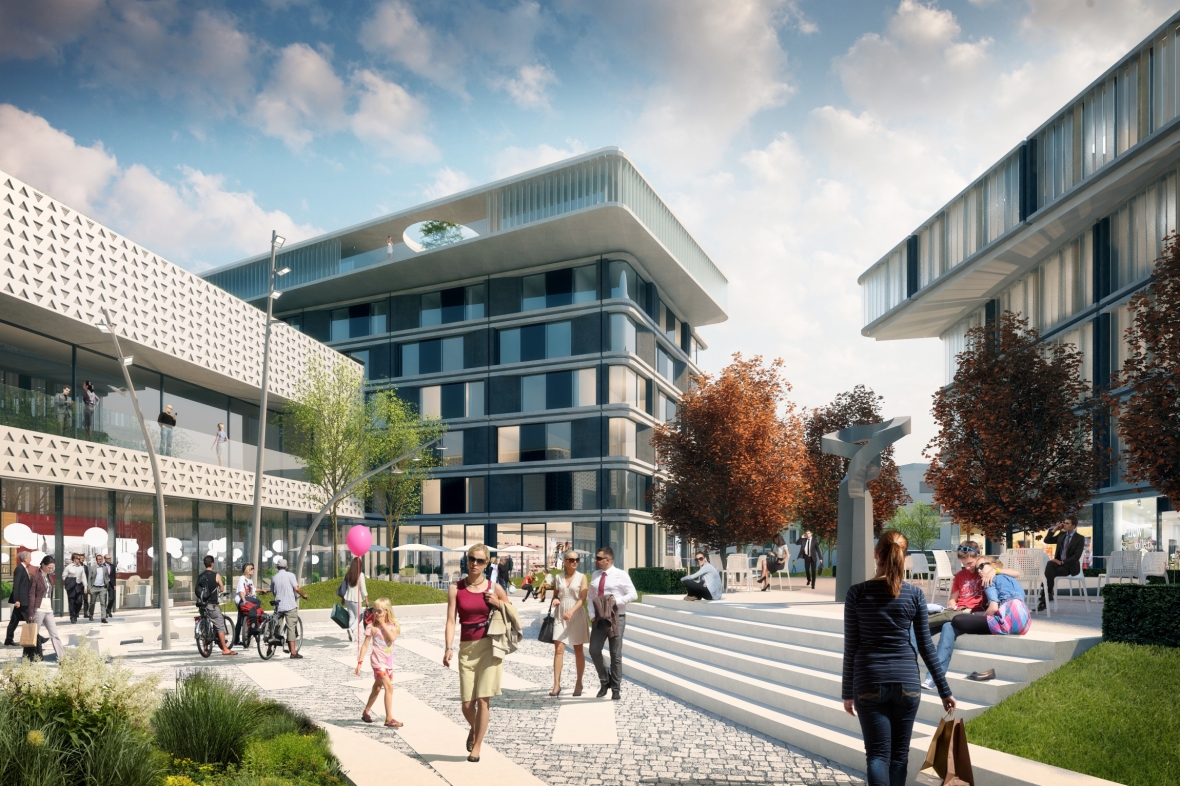 Historically, this area was always intended as a city block clearly defined with streets S. K. Neumanna, Kolárova and Haškova with a facade in Riegrova Square. On the southwestern part of the square was started the building of the city block, however, the group of the six houses that stood here, gave way to the building of the hotel Černigov. Our proposal is based on the principle of a city block, which is a natural place for this location and functions of this place, and this principle tries to join the functional program of the investor with other requirements of local planning regulation documentation. The block does not exceed the height of the surrounding buildings, despite the fact that planning regulation documentation admits it. The proposed block is divided according to functional contents of each object, with the gaps between the buildings which allow access to the courtyard. The courtyard is designed as a semi-public space with a high proportion of greenery, which has the potential to create a unique quality on the place from which they will benefit synergistically around the standing buildings.

The main hotel building is located on the corner of S. K. Neumanna and Kolárova streets, so that the corner becomes, as closest towards the city center, a lively place. The rotation of hotel building is setting according to a requirement department of conservation (visibility the Clock tower) and it follows to the main vector of the streamlined communication flow, to which adjoins the space before entering to the hotel. Towards the square and Haškova street are located office buildings, where on the side to the square on the ground floor, we propose to use for the trade and services. 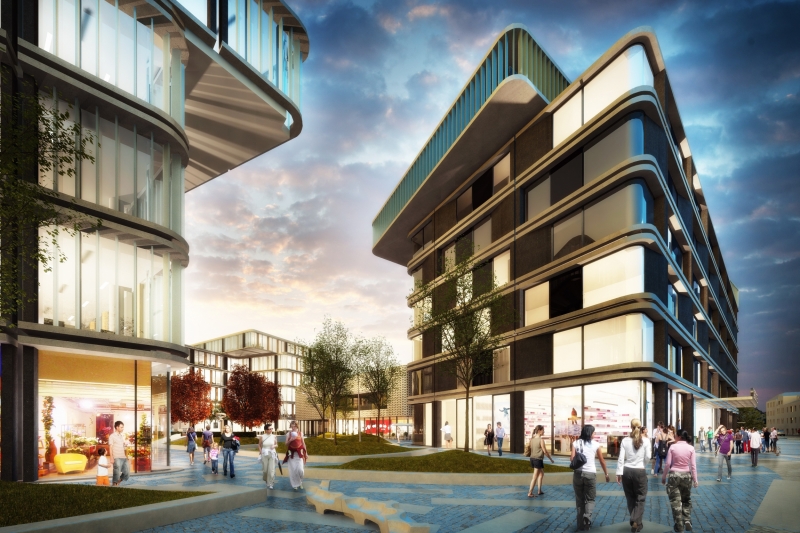 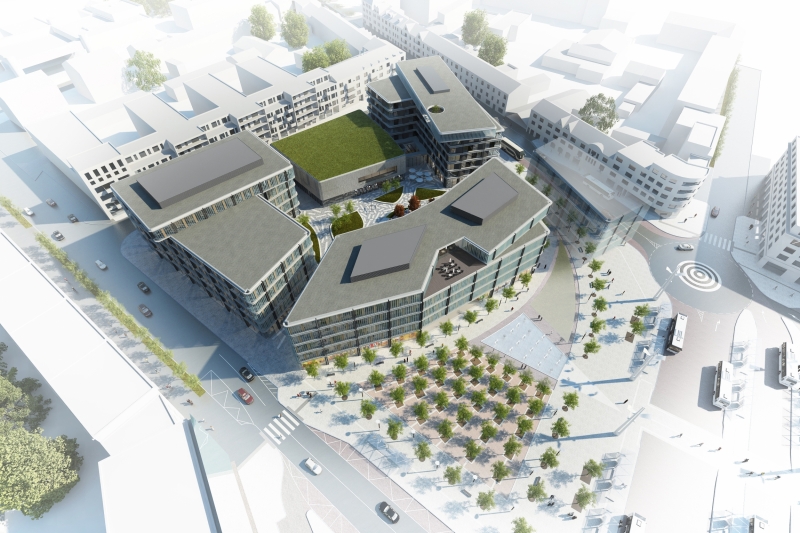 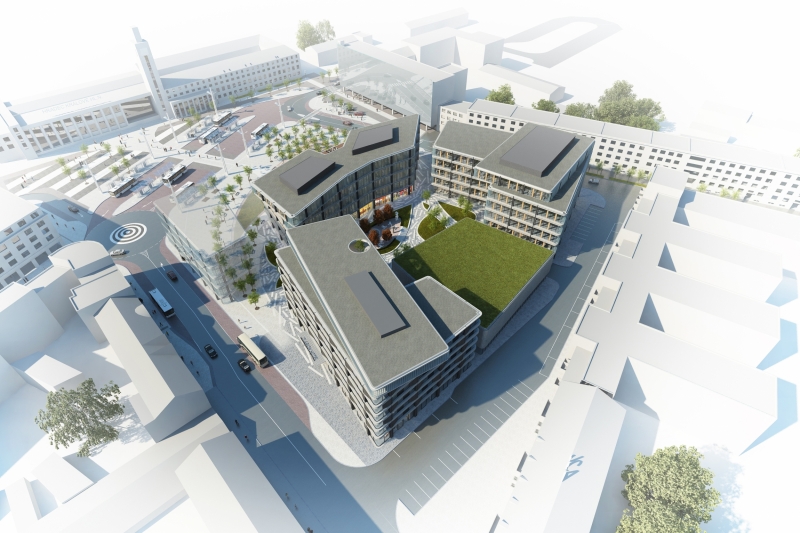 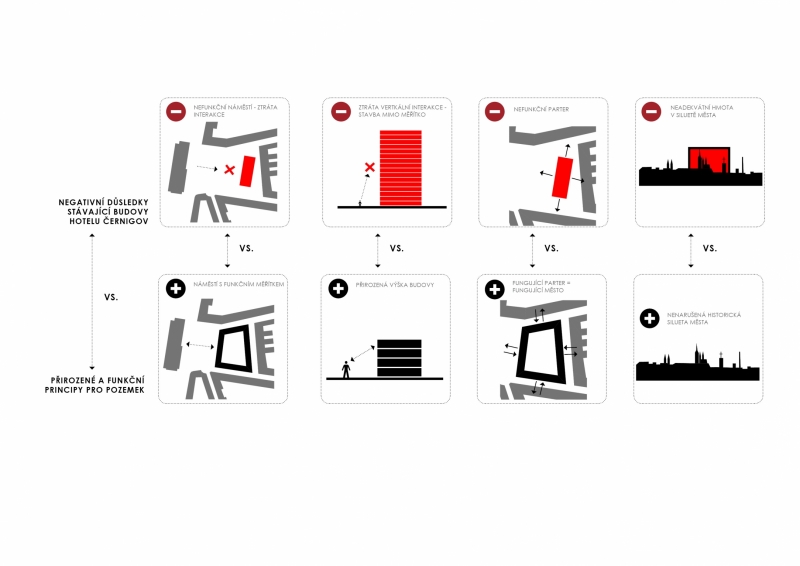