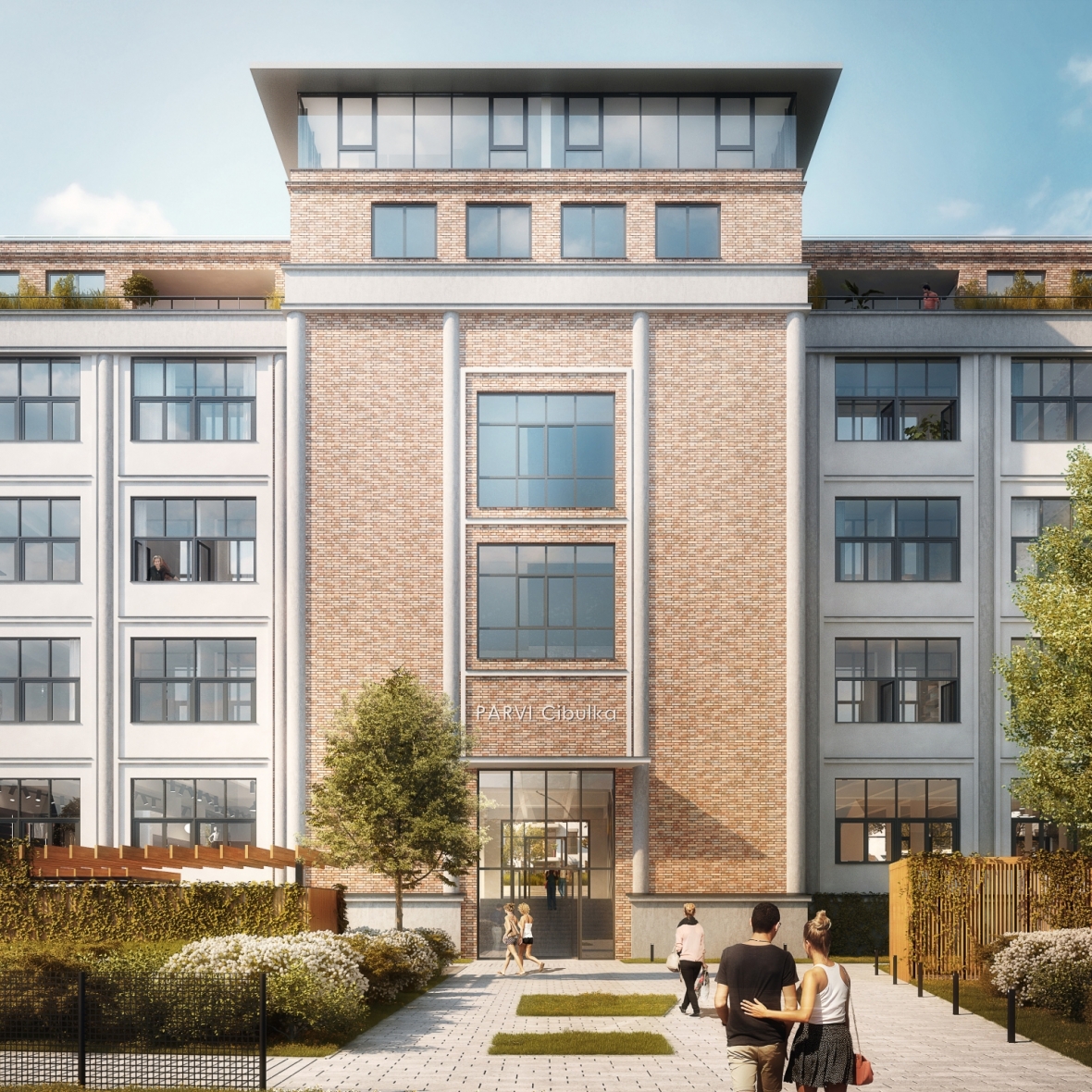 Meopta is unusual in all aspects and this is its strong point. To find a solution for a completely different use of an existing building, especially when the change is from a manufacturing to residential function, seems like an unsolvable mathematical equation at the beginning of the work. However, it was clear from the beginning that Meopta could offer a completely different type of a flat for those who find the current offer on the real estate market too stereotypical. This building has dominated the panorama of Cibulka Park since the 1960s. It looks like a big steamer anchored in this part of the city and we are trying to maintain its dignity.

The former Meopta, now Parvi Cibulka, is essentially formed by 7 blocks of flats in a row, yet, thanks to a central entrance with services in the shopping arcade, it behaves like a residential palace. Moreover, together with the Alto project, it creates a quiet inner courtyard with rich landscaping that offers a wide range of spaces from maximally intimate private front gardens to outdoor seating at the café and a children’s playground.

The massing concept accentuates three avant-corps of the building and complements them with three subtle glass extensions with roof terraces and a garden in place of the original stair sections. The original plan diagram with three cores has been supplemented with four additional cores. This has improved the efficiency of the overall spatial layout and allowed for greater variability of flats with the possibility to design flats across the full depth of the building using both the north and south facade. In place of the new stair sections, the roof of the 5th above-ground floor is made accessible by four skyboxes with a terrace and a garden, which serve the flats one floor below.

The whole block is divided into 7 separate residential sections. The composition of the flats respects the client’s requirements. The designed flats in the original building work with a six-metre module which, however, does not allow for a living room and a bedroom on one facade, so in some places the flats were created using a "half-module". The flats on the first to fourth floors work with a clear height of up to 4.1 to 4.6 metres and allow for vertical division of the flat with an inset gallery. The flats on the 5th and 6th above-ground floor have a clear height of 2.8 metres. The massing of the extensions is designed to appear lightweight while accommodating one or two residential units. All commercial space and services for the house, designed on the first floor, have been placed around the original three cores.

A loggia element enters the facade, providing a useful effect in terms of the social quality of the environment. In an attempt to preserve the original appearance, we have recessed the loggias into the second plan of the facade, with the fenestration in the first plan of the facade forming a screen. This achieves a certain variability in an otherwise quite austere facade with a huge scale.

In the basement, in addition to the parking, basement cubicles, a bike room and other spaces for technical equipment of the building are proposed, including the existing civil protection shelter. The basement is extended in the southern part of the building with an extension of the underground garage, which is partly equipped with a parking stacker to increase the parking capacity. 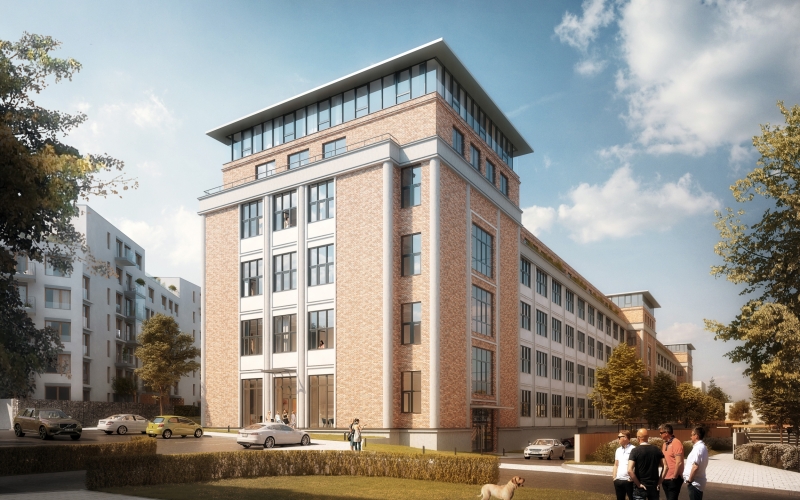 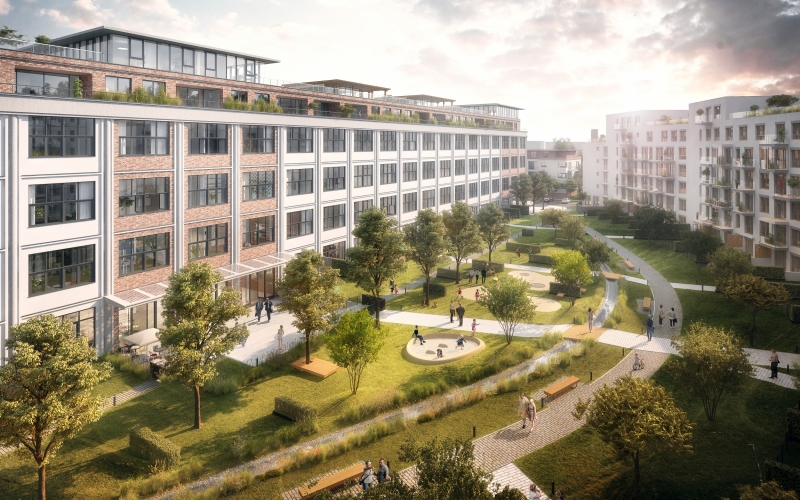 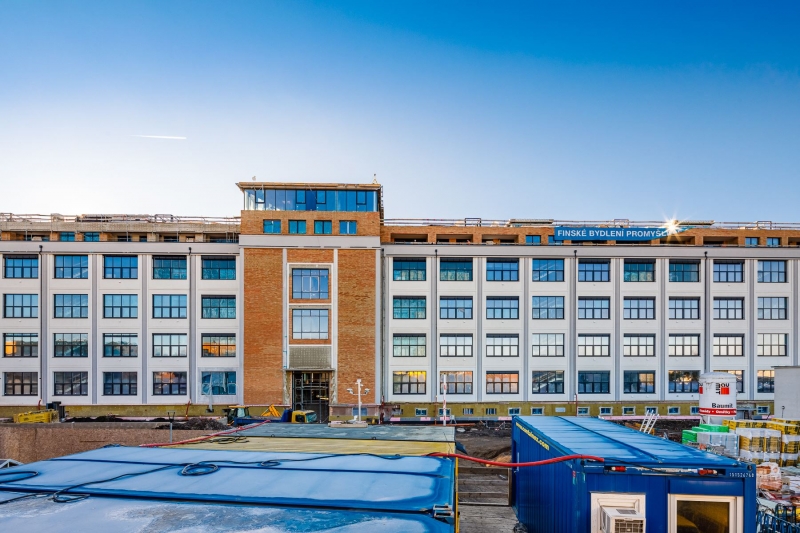 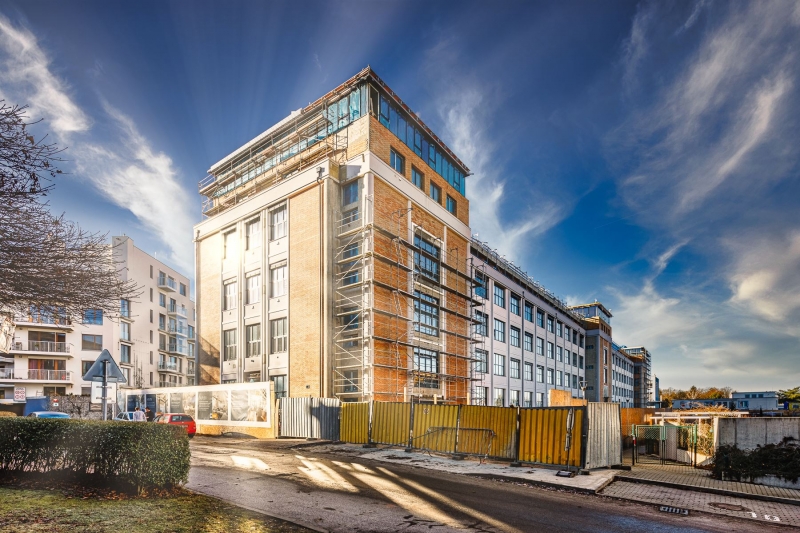 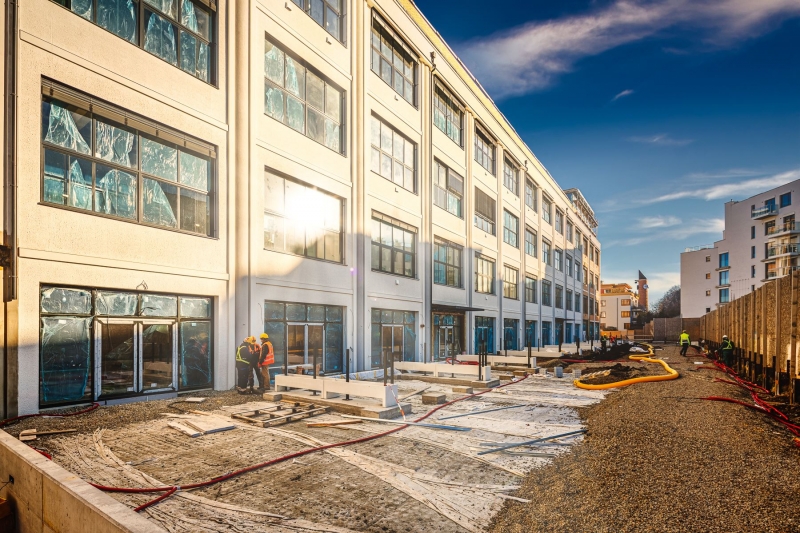 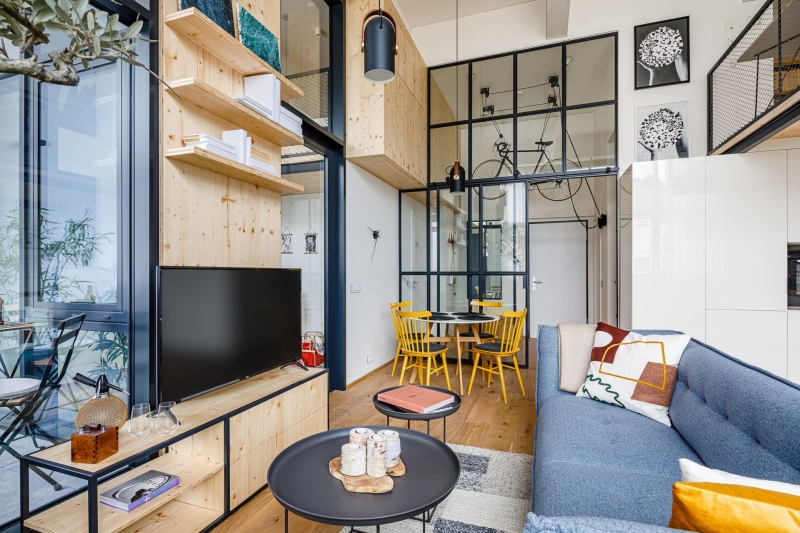 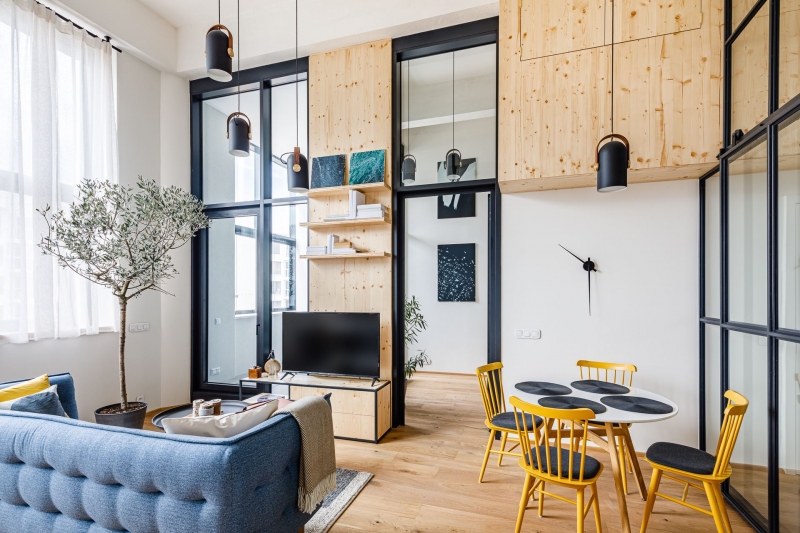 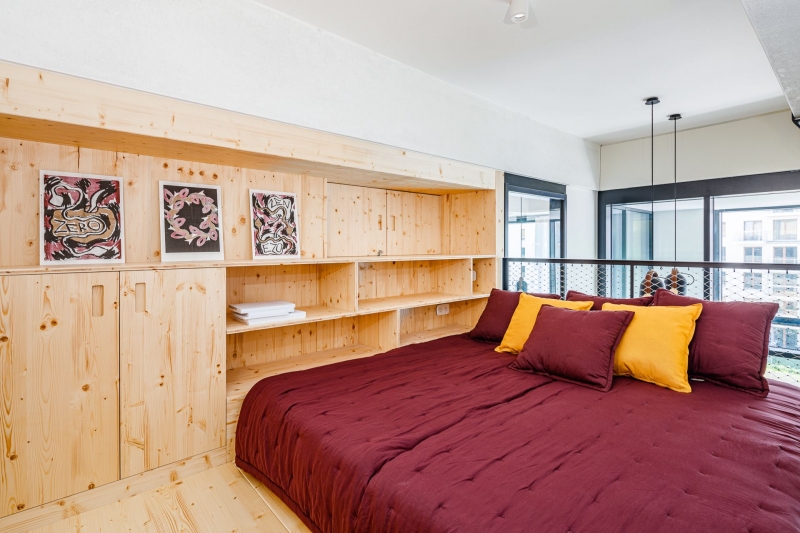 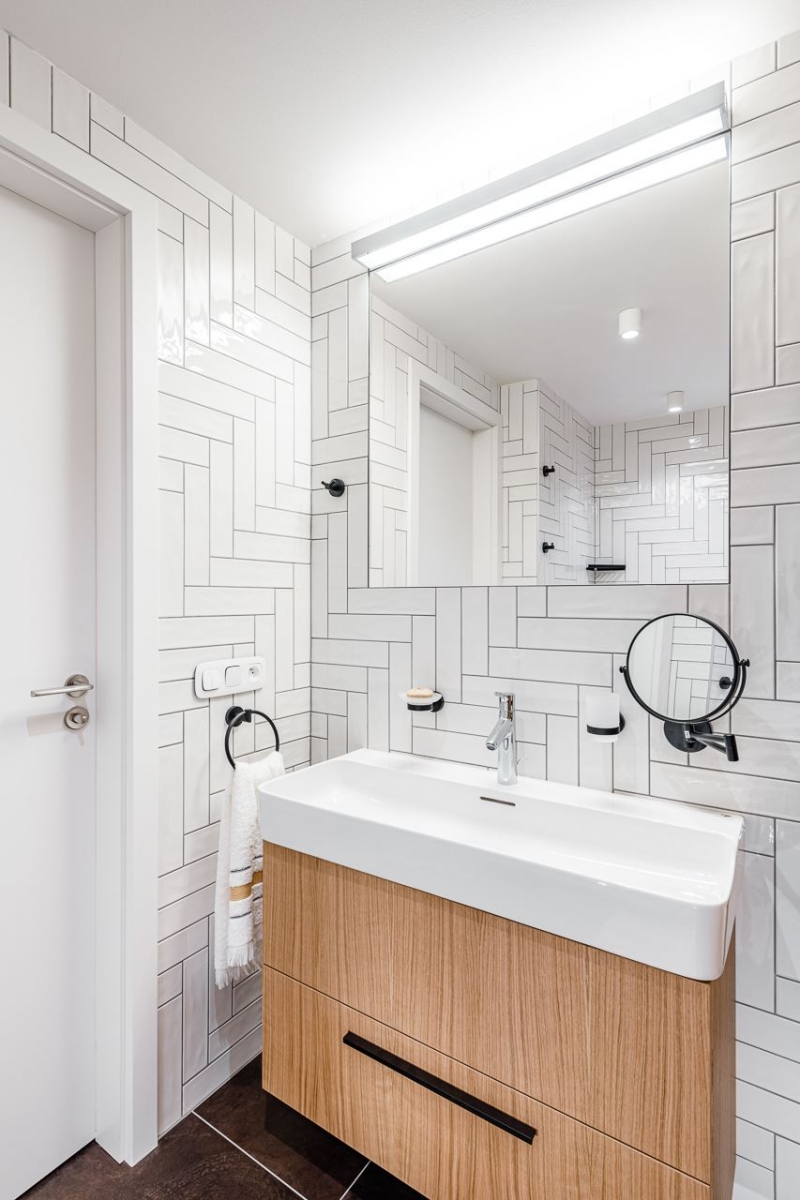 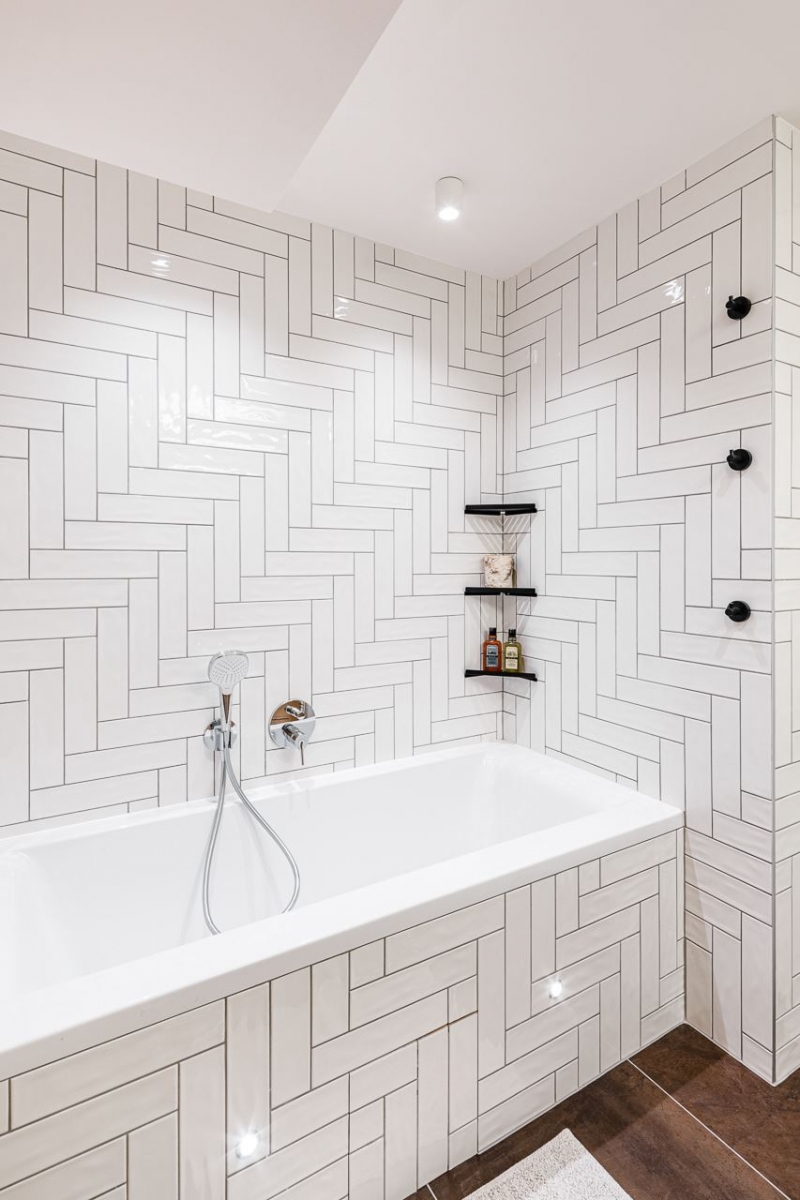