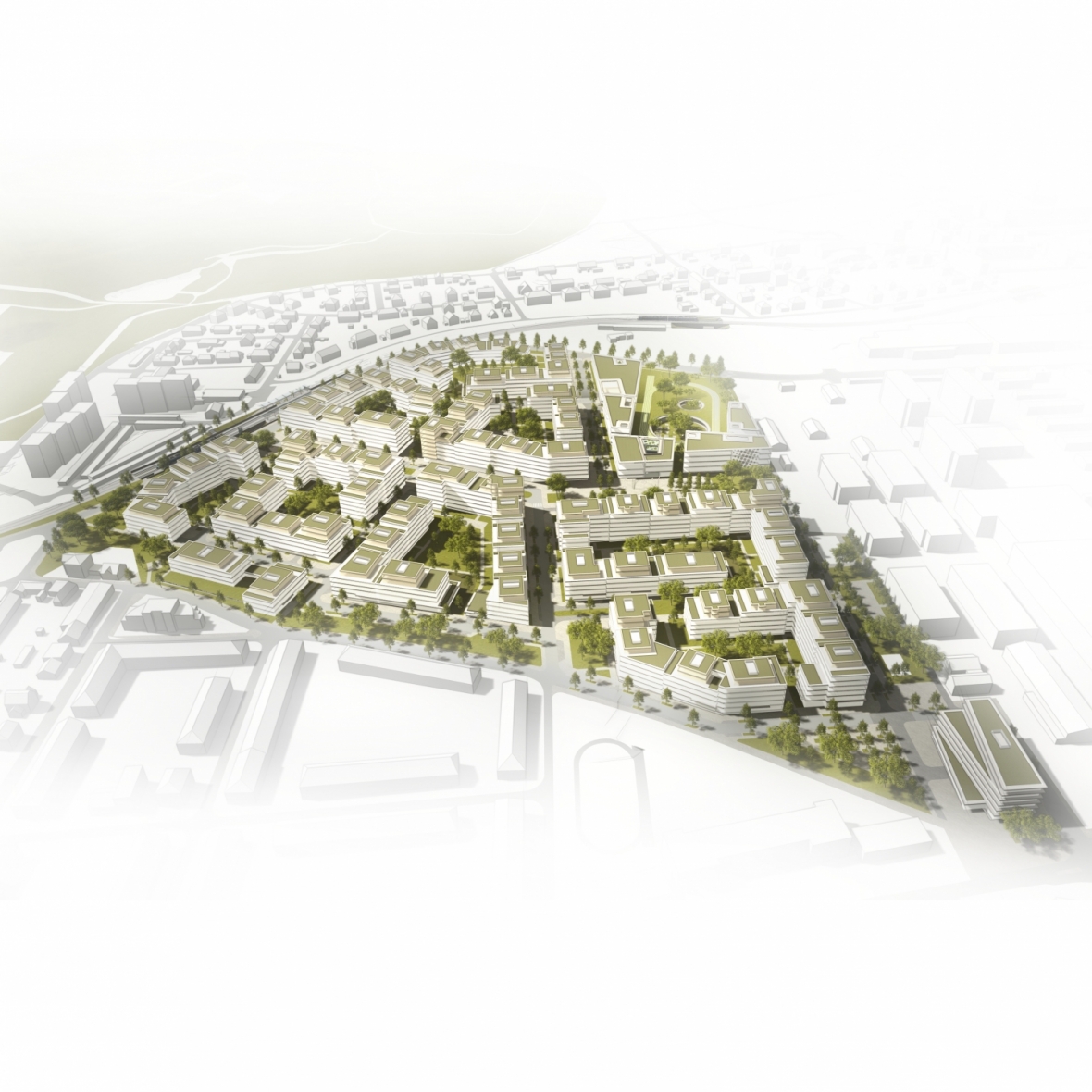 The project fulfils the vision of transforming a complex with hall buildings into a new urban structure in the form of predominantly residential semi-closed blocks with a clearly defined hierarchy of public, semi-public / semi-private and private space. Appropriately situated services and shops on the ground floor of the buildings and pre-school and school education facilities can then give rise to a separate local centre with the attributes of a high quality sustainable urbanism of a vibrant urban district.

The public areas are linked to each other via movable vanishing points, the individual spaces are gradually opened up according to the conditions of the regulations. The basic concept of the placement of mass follows the idea of placing buildings with the highest number of storeys and possibly corner dominant features towards the central communication axis of the area and, on the contrary, to place buildings with the minimum height next to the existing buildings. The appearance of the individual residential buildings will be developed on the basis of the outputs of the announced workshop. 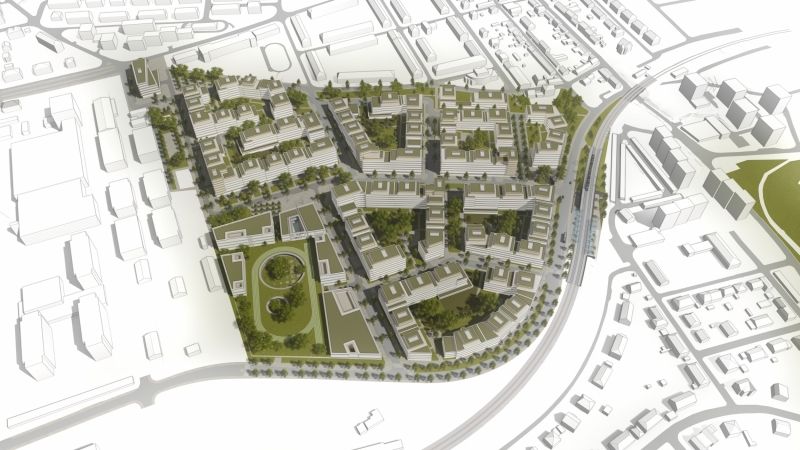 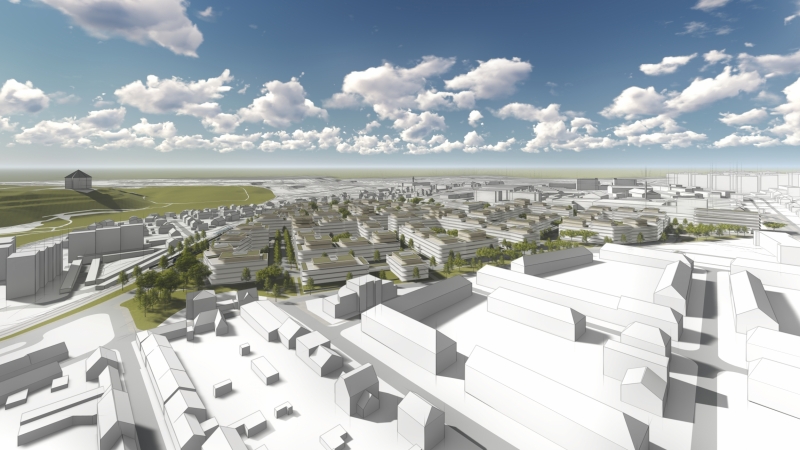 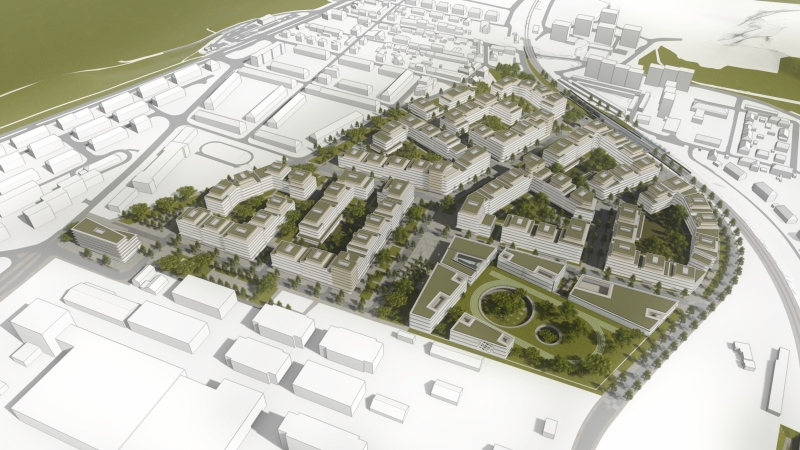 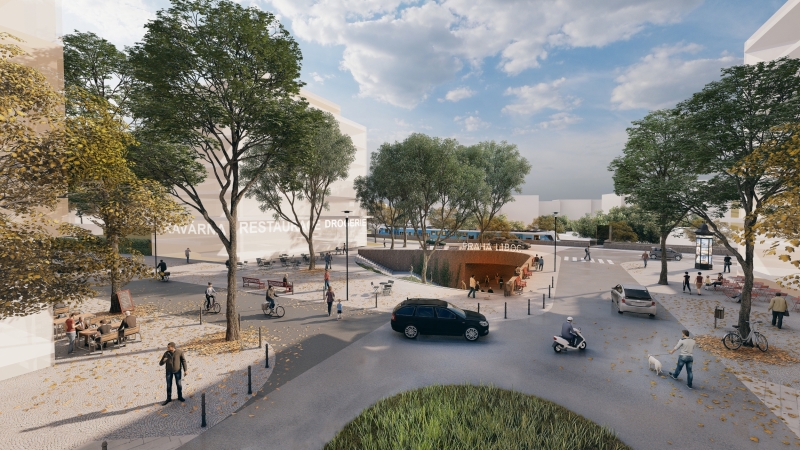