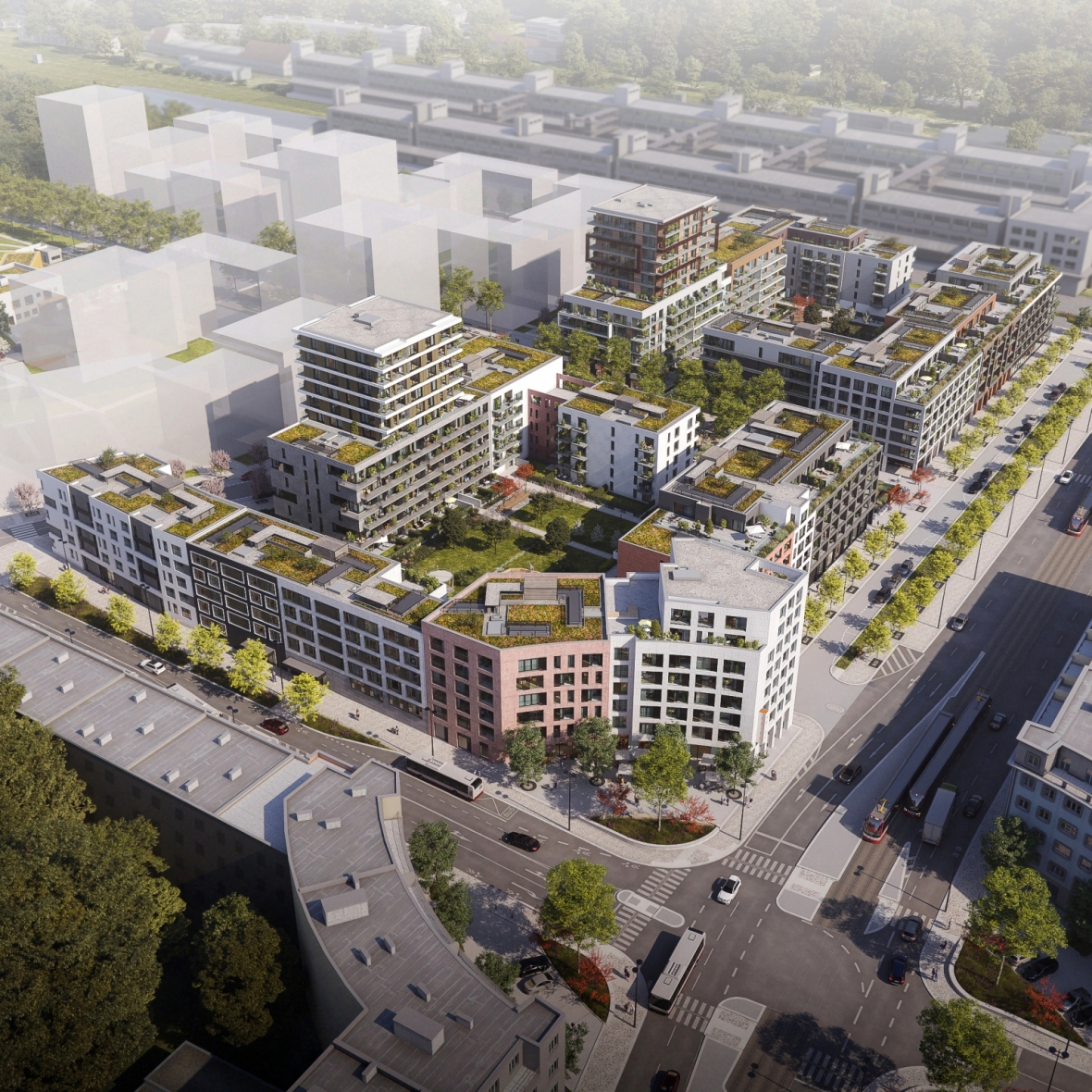 The area is located in the northern part of the original complex of the Žižkov goods station and is urbanistically divided into five urban residential blocks defined by the external and newly built internal street network. The newly built housing complements the urban structure along Jana Želivského Street and Olšanská Street and also completes the missing quadrant of Basilejské Square. On the south side, the new houses form a counterpart to the historic building of the goods station.

The basic concept is based on the historical urbanism of Vinohrady and Žižkov, which is characterized by urban block construction. The individual blocks are designed as a semi-open urban structure, which allows to create and logically arrange a hierarchy of public and private space. From the public space of the streets and pedestrian zones, it is possible to enter individual calmed inner blocks, which have the function of semi-public space.

In terms of mass, the individual blocks are divided into several residential buildings with an average number of storeys equal to approximately six. The volumes of the residential buildings are differentiated in height with reference to the naturally growing block development, which is characterized by a variety of styles and heights. In addition, each block has one dominant feature which is 12 storeys high and is thus higher than the surrounding average development by 6 storeys. The dominant features are located at the corners of the blocks so as to accentuate the central part of the area.

A "green" axis crosses the area in the west-east direction. This is a public space with a larger proportion of greenery and water areas, which serves as a quiet recreational zone for both residents and the wider public. The green axis runs through the central point of the whole area, where it opens up at the intersection with the perpendicular street into a smaller square which serves as the local centre of the newly built neighbourhood. The ground floor of the buildings is adapted to this with restaurant and café premises that bring active public life into the centre of the area. 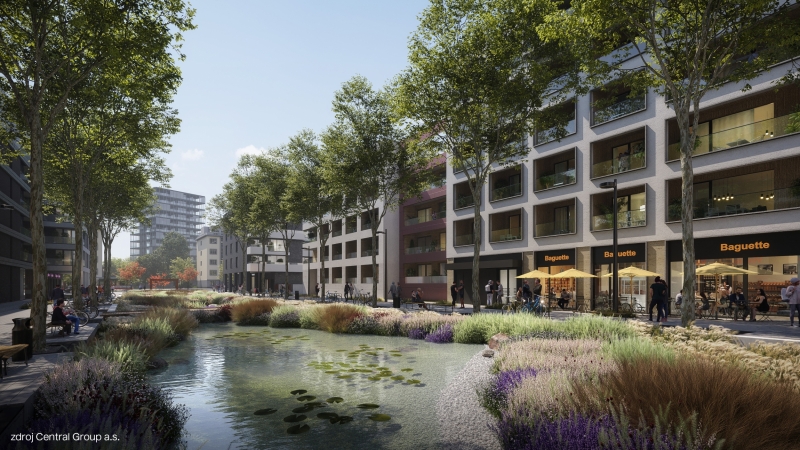 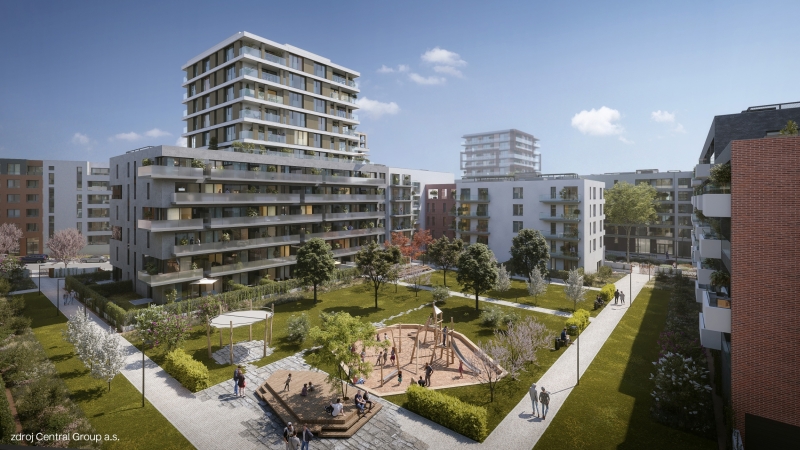 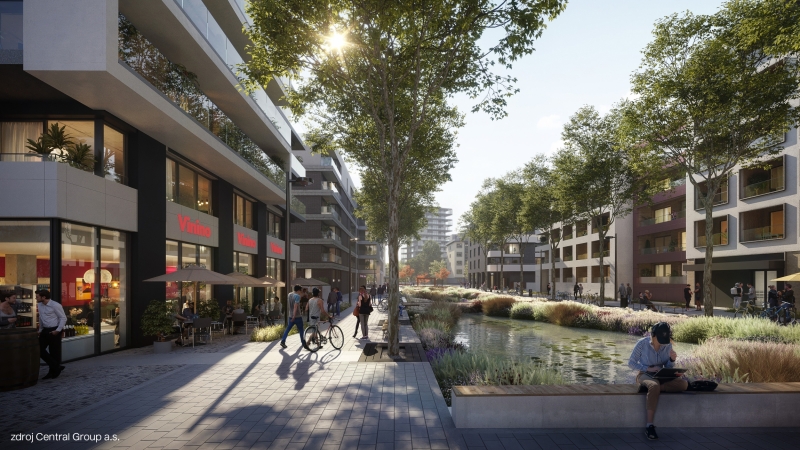 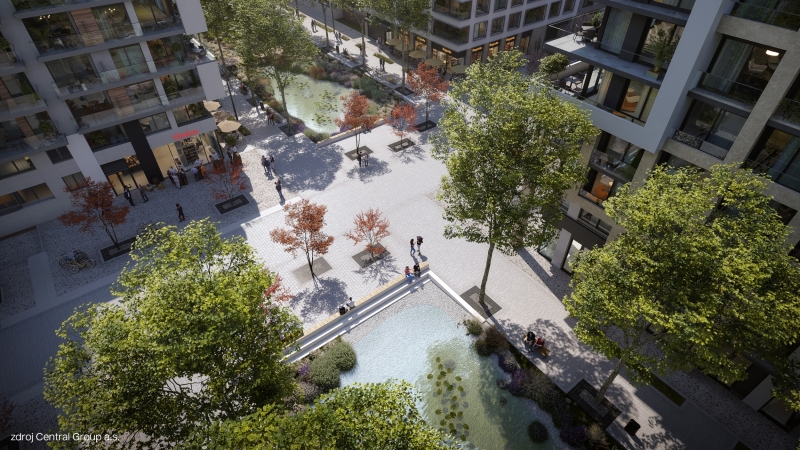 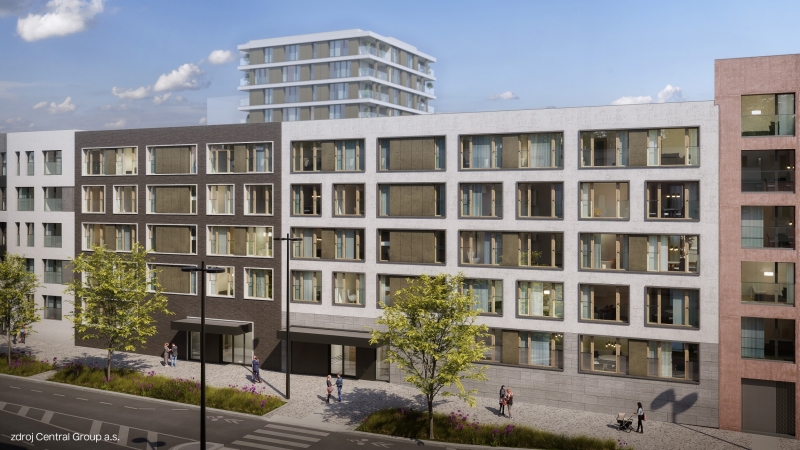 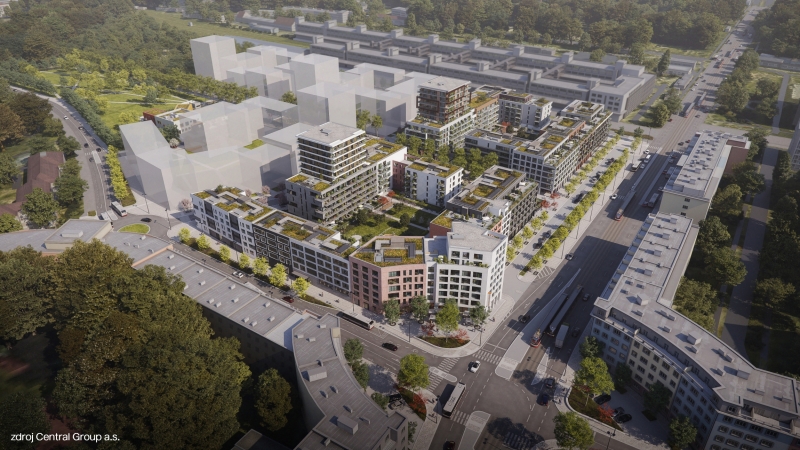